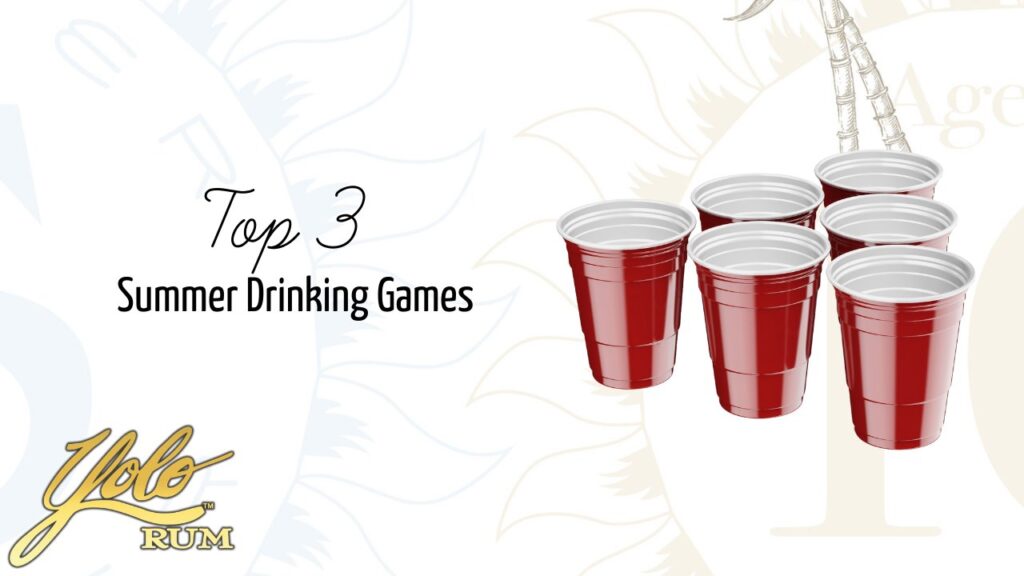 Enjoy summer with friends over a Yolo Rum cocktail and one of these entertaining outdoor party pastimes.

Now that enjoying friends is back in fashion, try these fun ways to get back into the social scene! Because summer is the best time to enjoy the outdoors with friends while sipping on your favorite cocktail. We’re partial to rum but substitute with your favorite beverage or try one of ours. Scroll down for our list of summer drinking games and Yolo Rum drink pairings below!

Let’s be realistic; while cornhole can be pretty competitive, it is primarily a drinking game in itself. I mean, who doesn’t love hanging out with friends and enjoying an ice-cold cocktail on a hot summer day while tossing a few bags around the backyard? Well, believe it or not, there are many different ways to make cornhole an actual drinking game.

So, the first thing to remember is to grab a bottle and fix your favorite rum drink; we recommend the refreshing Yolo Azul cocktail. Once you’ve perfected your cocktail, get your crew together for some fun. Here are simple rules for drinking your way to laughter while enjoying cornhole.  Play the standard cornhole rules, but when your team sinks a bag in the hole, the other team drinks, and vice versa. Wanna ramp it up a bit? Instead of only drinking when someone sinks the bag, have the opposing team drink for every point; that’ll get things going in the right direction!

The drinking version of Big Jenga (or Giant Jenga) requires some creativity and lots of alcohol. The Jenga rules remain the same, but individual blocks are labeled. If you pull one of these labeled blocks, you must perform the action associated with the label before taking your turn.

But let’s back up; first, you need to get your drink on. We highly recommend the Yolo Backyard Tea. It’s refreshing and easygoing, just like Jenga. Unlike its cousin Long Island Iced Tea, the Yolo version has enough mix to ensure you don’t forfeit your game due to over-intoxication.  To transform your Jenga into a drinking game, you need to grab a marker and write instructions on each block. You can write “Chug Drink” or “Pick Someone To Drink” on the blocks. For the best drunken Jenga phrases, we could find, check out this list of 110 ideas. Some of them are downright hilarious or come up with your own. Regardless it’ll be a fun afternoon of sipping and slipping blocks from the stack.

As the game name suggests, we’re transforming beer pong into a more sophisticated sport. Forget the red cups; we’re gonna class it up a bit. The rules stay the same, sink a ball, and your opponent drinks. But in our version, you’ll arrange ten small, clear plastic cups on a ping pong or picnic table in the shape of a pyramid with four cups creating the base, then three, two, and one. Each player will have their favorite cocktail in their glass nearby. We recommend the Yolo Sunrise, similar to a tequila sunrise but with a smoother, crisper finish.  The game continues until one player has no cups before them, earning them the losing spot, a slight buzz, and an especially good time. It’s hard to dispute that rum pong, or beer pong, is one of the most entertaining summer drinking games around. 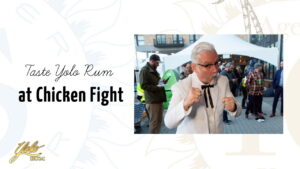 Yolo Rum Will be at Denver’s Chicken Fight Festival

Chicken Fight Festival, May 26 The Denver area is going to be flooded with chicken lovers on May 26th when DiningOut Events hosts their annual, 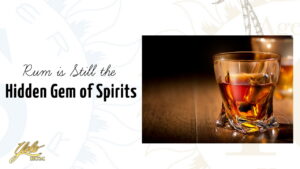 Rum is Still the Hidden Gem of Spirits

Rum is often overlooked Think about rum for a second. What comes to mind? Like most people, you might think of pirates or tropical islands. 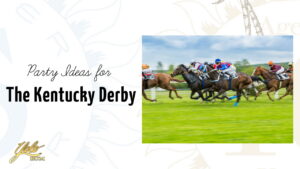 Saddle up and party! Whether you’re a fan of horse racing or not, the Kentucky Derby is a great excuse to throw a party. There