“Don Pancho” Fernandez has invested a lifetime of contributions to the rum industry. This is the journey that brought one of the world’s most respected roneros to craft his finest rums yet. 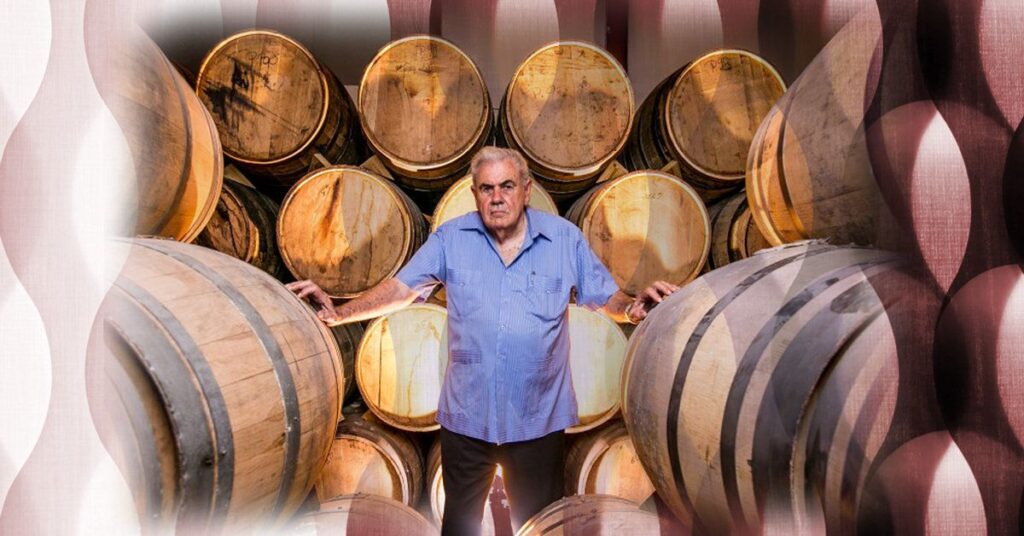 Yolo Rum is the manifestation of centuries of rum-making knowledge, passed down to one man with five decades of hands-on experience in his own right. Each bottle represents a passionate life dedicated to perfecting a craft by a man with a vision: to create the finest rums in the world. To truly understand what makes Yolo Rum such a superior spirit (the best rum in the world?), first you must understand the story of the man behind the spirit. He is regarded as one of the most prestigious roneros, or rum makers, on the planet. He has been called the Godfather of rum. His name is Francisco “Don Pancho” Fernandez, and he is an icon at the center of the rum universe.

Don Pancho is recognized for his vast knowledge and a lifetime’s worth of experience in rum production. His career, to this point, spans over fifty years. It began in Cuba, and now he is the linchpin of Panama’s rum industry. But, you might ask, who exactly is Don Pancho Fernandez?

Francisco “Don Pancho” Jose Fernandez Perez was born in Cuba in 1938. His father, Don Antonio Fernandez Castro, was a wine-and-spirits merchant, and Don Pancho’s first job was harvesting sugar cane with a machete alongside Don Antonio in the sugar-rich fields of Cuba. This is where he developed his “golden nose” and intimate understanding of the plant that would help Don Pancho himself grow into one of the sweetest gifts to rum making the world has ever known. Don Pancho learned Cuba’s spirits industry at an early age under the guidance of his father. After earning a degree in microbiology, he set out to pursue his passion of creating the finest rums.

Don Pancho began his career in his early 20s, following the Cuban Revolution led by Fidel Castro, which ousted former President Fulgenico Batista in 1959. Before his illustrious career with the Cuban beverage industry had even officially begun, he had commenced developing the skills that would make him a master of his craft. During this time, Don Pancho mentored under the tutelage of Don Ramon “Ramoncito” Fernandez Corrales, a legend in his own right. Working with the Cuban master Don Ramon, he learned many skills and techniques, unlocking the secret of the perfectly stored and cleared white rum, an art few have been able to perfect. This Carta Blanca method of creating aged rums is used throughout the world to this day. Relying on the unique know-how of the Maestros Roneros, he would learn and preserve the art of añejamiento, the craft of distilling, aging, and blending premium rums. 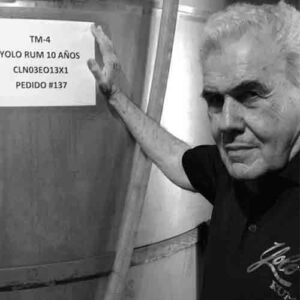 During the 70s, Don Pancho’s knowledge became more refined, and his influence on the Cuban rum industry started to grow. The decade saw his role in the Cuban beverage industry evolve from trainee to Master Blender and, finally, to Director of the Cuban beverage industry. He became known as “The Minister of Rum” in Cuba and went on to modernize and revolutionize the industry while working for notable distilleries, Cuban benchmarks like Havana Club and Matusalem. Throughout the 70s and into the 80s, Don Pancho helped renovate the industry as a whole, introducing modern technology to plants and distilleries and rehabilitating cask inventories. He also spearheaded improvements in fermentation, production, and blending techniques that became the standard in the years to come. His iconic role in Cuban rum production earned him another nickname—“Great Grandfather of Havana Club”—and Don Pancho’s fingerprints were on virtually every rum produced in Cuba during this period.

The 90s was a decade of change for both the Cuban rum industry and Don Pancho. He was in his early 50s and had settled into his position as a celebrated and respected member of society. Then he fell in love with a woman from Panama. It was also around this time that Cuba’s national rum brand was acquired by a global conglomerate. And so, after 35 years of perfecting the “Cuban Method” of rum making, and a lifetime dedicated to leaving his mark on the Cuban rum industry, Don Pancho found himself in Panama in the early 90s, taking on fresh challenges and starting a new chapter of making rum. Don Pancho landed on his feet in the small town of Pesé, in the Herrera Province, Panama’s premier sugarcane region. Thanks to unique climatic characteristics, Panama is known globally as the source of some of the world’s finest sugarcane.

In Panama, Don Pancho continued his journey and earned perhaps his most triumphant achievements. After leaving Cuba for Panama in the early 90s, Don Pancho went to work for the Varela Brothers, producers of Ron Abuelo rum. He went on to become Master Blender at Varela Hermanos, having a big influence on the company’s rum quality and the growth of the brand. During this time, he found himself reunited with an old friend by the name of Carlos Esquivel, the CEO of PILSA. By the mid 90s, Don Pancho and Mr. Esquivel, through incredible amounts of hard work, desire, and vision, converted a neglected distillery and restored the Las Cabras Distillery, developing it into one of the more renowned distilleries in the world.

Today, Don Pancho Fernandez is recognized as a living legend of the rum industry, one of the most experienced and respected Master Blenders in rum’s modern history. Acting as the Master Distiller at Las Cabras Distillery for over 15 years, the same distillery that he rejuvenated with Carlos Esquivel in the mid 90s, Don Pancho has elevated the distillery’s status to a prominence never before experienced. With old friend Carlos Esquivel by his side, Don Pancho and the Las Cabras Distillery are only just beginning to hit their stride. Now, after an incredibly successful 50-year career filled with numerous accolades and awards, a time when most would be eyeing retirement, Don Pancho Fernandez finds himself at the pinnacle of his career and in the prime of his creativity. In 2013, he was individually recognized as a nominee for Rum Master Blender of the Year at the Golden Rum Barrel Awards.

His experience and reputation have afforded him the opportunity to travel the world and interact with other beverage industries and disciplines firsthand. His journeys have gained him experience with wine in France, vodka in Poland, and whisky in Scotland. This unique and rewarding mélange of knowledge has developed his skill set and propelled him to become the ultimate Master Blender that he is today. And it is with this resume of superiority that he is able to create Yolo Rum. Don Pancho has described Yolo Rum as “the standard that all rums should be held to.” He understands the importance of adhering to classical methods and being true to the ethos of old-school rum production. Don Pancho has spent the last 50 years perfecting the development of superior rum in the Cuban and Latin American traditions, and it is this consummate skill and passion for perfection that is embodied in every sip of Yolo Rum. It has been very humbling and an unbelievable honor to work with him. And it is with a great deal of gratitude and excitement that we are able to share his gifts with you. So raise your glass to history, heritage, experience, passion, perfection, and love. This moment belongs to you! You deserve the best! You Only Live Once! 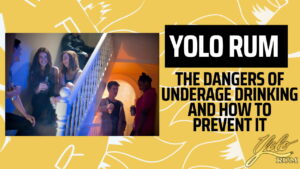 The Dangers of Underage Drinking

Yolo Rum supports Responsibility.org According to the National Institute on Alcohol Abuse and Alcoholism, about 6.6 million American kids aged 12-20 drink alcohol each year. 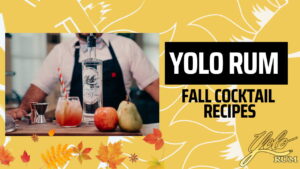 Fall in Love With Rum This Season

#RumLove Szn Autumn is the perfect time to get cozy with a delicious rum drink. Whether you like your cocktails sweet or spicy, there’s a 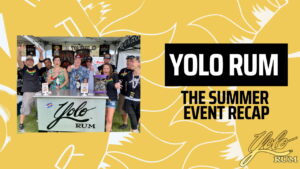 Summer of ’22 Yolo Events It’s been a busy summer for Yolo Rum. We’ve been busy traveling to events all over Colorado and Florida and

PLEASE ENTER YOUR DATE OF BIRTH

YOU MUST BE 21 AND OVER TO PREVIEW OUR WEBSITE